Flash coming to the iPhone? 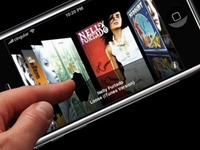 Adobe thinks the new iPhone will be able to support Flash in the near future, thanks to a version of the software that could run on emulation.

Adobe chief Shantanu Narayen said his company had worked out a number of the technical difficulties inherent in porting Flash onto the iPhone.

"We have a version that's working on the emulation. This is still on the computer and you know, we have to continue to move it from a test environment onto the device and continue to make it work."

But how will Adobe jump the Jobs hurdle? He is a well-known naysayer of the Flash platform, saying it isn't powerful enough in mobile form and too complex else.

One possibility might be for Adobe to make a standalone player and sell it through the App Store, or even develop a whole web browser to offer a holistic approach.

The battle will hopefully be resolved in the near future, as Safari is becoming one of the most popular mobile web browsers and coule do with the embedded video.

However, if it rids us of those stupid ads that flash up all over sites, then maybe it's best the stand-off continues&hellip;