How to: install Linux on your Xbox 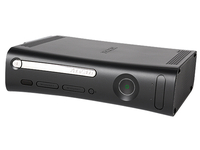 It's a bit 'old-school' - since the Xbox 360 is now Microsoft's dominant video game console - but loading Linux on the original Xbox (popular circa 2002) makes sense because you can use an old dusty machine sitting in a corner somewhere and get more useful life out of it.

After all, the Xbox is still a viable PC with a Celeron processor, an NVIDIA GeForce 3 graphics card, a DVD drive, surround sound support, USB ports, Ethernet, a 10GB hard disk (on most systems) and 64MB of RAM.

I used an old Xbox dev kit to install Linux and it works like a charm, as long as you follow the steps in detail and don't stray too far off the beaten path.

Note: To install anything on the Xbox, you will need to bypass Microsoft's nearly airtight security measure that prevents end users from installing any third-party software, including Linux.

You can use a simple device called the Action Replay (www.codejunkies.com) that lets you access the hard disk. It is essentially a USB-to-Xbox cable that you use to transfer files.

You can also solder a standard USB cable to a standard Xbox controller cable, or even cut a hole in an Xbox Memory Unit and add a USB adapter that way, but those methods are a little risky if you don't match up the wires correctly.

For more information about building your own cable, see xbox-linux.sourceforge.net. You will also need a copy of the game MechAssault, which lets you install Linux as an exploit.

1. Collect the gear
Reminding me of the DS Linux install, the hardest part of installing Linux on Xbox is collecting all of the gear you will need - some of it is not widely available anymore.

In my case, I had to rummage around for an Xbox Memory Unit and figure out how to copy files to the Xbox hard disk. That's harder than it sounds: the Xbox used a proprietary USB connection, so I had to splice a standard USB cable and solder it on to the Xbox cable - not an easy practice, but it works.

I recommend you use the Action Replay because, because it lets you connect a Memory Unit to your PC, although the software that comes with this outdated (but easy to find on eBay) device is Windows only.

At any rate, the files you need to copy to your Xbox are located on Sourceforge. After loading the Memory Unit, go to the Memory section on your Xbox. Select the Memory Unit, select the Install Linux file, choose Copy, and select Hard Disk. Repeat this same process for the Emergency Linux and the Restore Dashboard save game files.

2. Boot into Linux
Once you have copied the files to the hard disk, you will need a copy of the game MechAssault for Xbox. Make sure it is not a Platinum Hits version and is an older copy - renting from a video store can help ensure you have the right version.

If you buy a brand new copy, it will likely not have this workaround. In the game, choose Campaign, then Install Linux. Choose the Emergency Linux save game file, press A on the controller, and you will see a minimal Linux boot. You can then drop to the shell and perform a new installation of Linux.

We recommend the XDSL distro, which is designed for Xbox and runs well with the speed and memory available on the machine. Good luck!