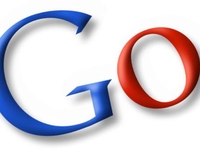 Google is extending the capacity of its iGoogle personalised homepage service, in a move that could threaten major social networking sites like Facebook.

The iGoogle homepage has been in existence for years, but the company is reportedly making major updates to several key areas that could extend the page into social networking territory.

The updates include the chat function - which Google already utilises in its gmail webmail, activity streaming and a better method of serving up the gadgets to place on the page.

The service - called Canvas - could well be a harbinger of Google's desire to tap into the burgeoning social network scene, championed by the likes of Facebook.

Google has already indicated that it will embrace the open standard OpenSocial in iGoogle. OpenSocial is a set of application programming interfaces (APIs) agreed by MySpace and Google that allow developers to create programs and gadgets that will run on a number of sites.