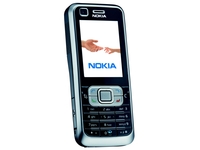 India is really getting involved in the mobile phone revolution after an analytical firm estimated a 29 per cent year on year growth.

Shipment levels rose to 85 million mobile phones, up from 66 million the year before.

The amount of high-level connectivity has increased as well, as EDGE and WCDMA (3G) network accounted for 15.4 per cent and 3.1 per cent respectively.

This shows the Indian markets, which have often been served with entry level phones from the larger manufacturers, but now devices like the iPhone and Blackberries are becoming more prolific.

"This growth comes on the back of a burgeoning mobile services market and lower entry barriers across various customer categories, as average selling values of handsets continue to fall in the wake of a highly competitive landscape populated by close to 25 vendors," he said.

However, Nokia is still the top dog in this area by some distance, with 52.8 per cent of market share, easily trouncing rival LG, miles away on 10.2 per cent.