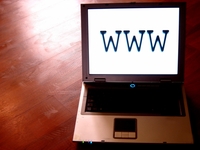 It's one of those stories that just refuses to go away, with yet more psychiatrists claiming that internet addiction should be recognised as a 'clinical disorder'.

British psychiatrists have previously reported that up to 10 per cent of internet users are addicts who spend unhealthy amounts of time playing MMOs, viewing mature content or emailing causing them to forgo food and sleep and crave the latest tech.

They also experience genuine symptoms of withdrawal and 'disconnect anxiety' when away from their computers and the internet.

Psychiatrist Dr Jerald Block, from the Oregon Health and Science University in Portland, has recently claimed that some internet addicts required medication or hospital treatment to deal with the problem.

Computer as significant other

Block told the American Journal of Psychiatry: "The relationship is with the computer. It becomes a significant other to them. They exhaust emotions that they could experience in the real world on the computer through any number of mechanisms: emailing, gaming, mature content."

He added: "It's much more acceptable for kids to talk about game use, whereas adults keep it a secret. Rather than having s_x, or arguing with their wife or husband, or feeding their children, these adults are playing games."