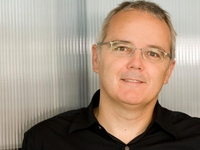 From a pivotal spell at The Times Online to running one of the Britain's most popular web destinations in his current role as Executive Producer of MSN UK, Peter Bale is a man who has his finger firmly on the internet's pulse.

But his enthusiasm for the web remains undimmed by years of hard service. He rattles off answers to my questions with little pause for consideration, touching on subjects as diverse as the legal difficulties of running a website in the UK, the role of the modern internet journalist and just how MSN would cope should it lose its place as the default homepage for the world's most popular browser, Internet Explorer.

Perhaps New Zealander Bale's most memorable contribution to the internet was his decision to turn off the subscription for The Times' online portal for the US market - a move which brought in a whole new audience to one of the UK's premium newspapers.

His move to Microsoft's MSN back in 2006 was with the aim to boost the reputation of a site with enormous traffic from its Internet Explorer and Instant Messaging links.

"When I was at The Times I looked at the portals, Yahoo, AOL, MSN, and I wondered if, in a world increasingly dominated by search, portals would work anymore as a content proposition," Bale states when I ask him how his opinion of portals has shifted since arriving at MSN from The Times.

"The difference I've discovered at MSN, the thing we've brought in that proves that viewpoint false in the last 18 months, is a very substantial investment in content.

"We try to add more creative ways of telling stories; be that by adding maps or increasing the number and power of links that we include. So where we do have content that's available elsewhere on the web we try to add a bit more value to it as well as maybe having the top ten per cent being original.

"In some channels that content aspiration has gone far, far further&hellip;and, when it's only available on MSN, that's a much more powerful proposition for our advertisers and our readers because it encourages loyalty and it starts to make channels very powerful in their own right."

The rise of search, and Microsoft's subsequent battle to gain a share of this market has become one of the ongoing internet sagas of the past few years, but Bale is insistent that people are still seeking an editorialised experience.

"Search is fantastic," adds Bale, "but it's very poor for serendipity or quality.

"I'm not sure search will ever be as powerful as that experience - where an editor says 'here is the richness of the web. Here's search, but here are the five or ten things we've discovered today that we feel you should see.'

"We put a lot of effort into that experience. You can personalise yourself to death and get a very bland media experience with 100% personalisation. I've experimented a lot with Google and other search engines and you can do many clever things, but you still don't find that story or that piece of video that you discuss round the water cooler with people."

"It's why the beauty of newspapers is still there, the beauty of other publications, and the value of journalists for an editorial experience."

User Generated Content - or UGC - has become a key buzzword for major internet sites - who are keen to bring the community atmosphere and impact of forums and social bookmarking sites like Digg and N4G to their own output. I asked Bale if he felt that so-called 'citizen journalists' and other forms of UGC could sit well with traditional journalists, and he believes that they can.

"I think UGC and journalists meld extremely well," he insists. "In my experience when UGC is based around communities where people are passionate like politics and technology those groups become rapidly very self regulating.

"In general communities that have flourished have started to become quite respectful of each other and over time - and it takes time - you do get much better quality debate and conversation from the community itself. UK libel law does not do us any favours in that regard, but generally those mature communities are quick to self regulate.

"From a journalist's point of view if they are open to that conversation, which they should be, it allows them to be even smarter than they were before because there will always be someone who has, say, prised the back off their iPhone and can talk back to the journalist about accelerometers and can talk back to you.

"There will always be someone smarter or more knowledgeable and this is a way that they can respond rather than just sending an angry email. I also think your shortcomings as journalists are found out quickly, if you've taken a quote from somewhere or plagiarised something.

"I think we should embrace that and say 'thanks to Joe Bloggs for pointing out that it was brought out in 95 and not 96 as stated'."

Given that it is owned by Microsoft, MSN has faced accusations of bias towards its owner, but Bale is adamant that the independent spirit of his journalists is not affected by the corporate politics.

"We argue with people at Microsoft on how, say, we cover rivals to the Xbox, and even games on the Xbox but that is, I hope, a sign of how independent we are," he insists.

"I really hope that people don't think MSN is a biased news source. I think that they get a very straight view. Microsoft through MSN is not going to inflict its own political position or anything.

"Our journalists are completely free to recommend, to find opinions and seek out views which are honestly expressed from others. If there is a Microsoft view it is about enabling and reaching the capacity of technology and reaching out to largest amount of people."

I pursue the argument, asking if stories are not covered or avoided when the topic is a little too close to home.

"I don't think we do choose a line [that suits Microsoft's stance], we just don't spark unnecessary debates about unnecessary topics," claims Bale.

"Microsoft is learning what it means to have a media company operating within it and politics is something that they have never had a stance on.

"If we do take a line here then I think it's a very straight one without being anodyne. We want to be explanatory and informational not declamatory and preachy - and I think that's hard to find.

"I actually think portals traditionally have relied on very straight news sources like Reuters and Associated Press as well as independent news sources.

"Reuters was one of the first to allow its content onto the net&hellip;and they played an important role in making the internet credible as a source of news."

UK websites have ongoing difficulty with a whole host of legal issues - with a lack of case precedent meaning that big corporations are having to take a best guess at stances that will protect them.

"I think there's difficulty for sites in UK because they are still governed by UK libel law," explains Bale.

"Some English publications are pushing boundaries on what's acceptable for publishing in the UK and I applaud them for doing it, but the trouble is that UK libel law encourages libel tourism.

"I think Americans don't understand that we don't have a first amendment here but on the other hand I think it is a great responsibility for journalists to report well and honestly and I think the libel laws can be beneficial in that respect because they do force you to think twice about what you are writing."

Bringing maturity to the dialogue

Bale's current key project is to work on MSN's growth as a magazine site, with emphasis on building up the personality of its content.

"We have to make MSN much more engaged with its readers, give it more personality - more by-lines, more responses to readers from journalist and more responsibility taken in the community by the journalists.

"We have an extraordinarily talented group of journalists but we try to give them the best training. We do provoke debates deliberately by being controversial and saying 'respond to this' and that's fine but I'd like to bring a bit more maturity to the dialogue."

It is that shifting and evolving dialogue that is central to Bale's ethos, as he looks to integrate tools like Live Maps and Silverlight into the editorial experience, and it will be interesting to see if he can continue to develope a relationship with his readers that can take MSN into the next era; one that may not necessarily have the crutch that being Microsoft's homepage brings.