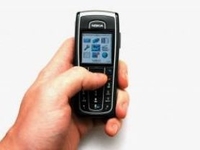 Seemingly the only available example so far comes from Italy, Texas, when 24 year-old Jessica Castillo woke up one morning to discover two sent messages on her phone, apparently sent by her during the night.

The first read "Baby u there? Need to tell something&hellip;" before dissolving into gibberish, while the second said "U told me and I tell u... u harm&hellip;" and, again, became indecipherable.

While this claim is so far unsubstantiated, Dr Lance Workman, head of psychology of Bath University, believes that sleep texting could be feasible.

"When we go into dream states during REM, the skeletal muscles generally become inactive - stopping us literally acting out our dreams," Dr Workman said.

"Sometimes, in some people - for reasons we can't yet explain - this inhibition doesn't function, and they'll start to move around, walk and do other activities that are happening in the dream," he continued.

Citing the rare case of a man who strangled his wife to death, apparently while dreaming he was fighting an enemy in a war, Dr Workman concluded that such recorded examples of muscular inhibition while asleep support the texting claims.

"It's very difficult to prove or disprove, but it's absolutely possible," he said.