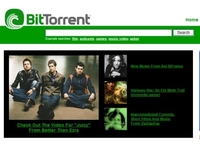 In a meeting with the Council of Ministers in November, the EU is looking to push a legislation through that will force ISP providers to police their networks.

According to Telecom TV, the EU wants to "smuggle the new nasty copyright enforcement measures in the telecoms package where it can mingle innocently with all the headline-grabbing stuff on tariff reduction."

This is a far cry from what UK ministers put forward in February, where they wanted ISPs to 'voluntarily' police their networks.

Some providers have started to do this with Virgin Media, in a deal with the British Phonographic Industry, sending out letters to alleged copyright flouters who download illegal content.

But the proposed EU ruling is being echoed in British parliament, with Andy Burnham, Culture Secretary and Labour Member of Parliament, seen as the main player in getting ISPs to police their own networks on behalf of the entertainment industry.

According to TorrentFreak.com, "the music industry and major ISPs including BT, Carphone Warehouse, Tiscali and Virgin Media are now involved in 'serious negotiations' over how to deal with what they perceive to be a serious threat to their business model."

Originally, the government set an April 2009 date for an outcome to the muddled mess of copyright infringement on the net, but all signs are pointing to a far-sooner resolution.