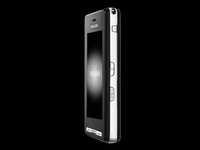 LG has announced a cool £28 million sponsorship deal with Birmingham's former 'NEC Arena' this week, which is to be renamed 'The LG Arena'.

The 8-year deal will see the venue fully redeveloped with a raft of new hospitality suites, bars, restaurants and improved backstage areas.

What Mobilereports that the arena's re-brand is expected to be active from autumn.

LG claims that the deal will enable it to get their brand name in front of an extra one million consumers per year.

LG's UK marketing director, Andrew Warner, told What Mobile that the deal marks a shift in the manufacturer's focus from being a product-driven organisation to a marketing-driven one, noting that:

"Consumer alignment to a brand is no longer simply about preference for that brand's products. It's about how the brand makes a consumer feel."

Of course, as is the case with well-established venue names, the general unwashed will continue to refer to the venue as 'The NEC' for years to come.