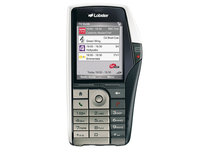 KPN will begin offering a selection of mobile TV channels to customers in the Netherlands next month through DVB-H technology.

The Dutch operator will be available on two handsets, the LG KB620 and the Samsung P960, though no mention of the Nokia N96, which can also handle the format and is due in two months time.

Is mobile TV too late?

The notion of mobile-only broadcasting is one that engenders debate over whether it absolutely necessary when mobile phones are being used more and more to watch sideloaded downloaded and recorded programmes.

Other handsets are also being developed which can pick up regular TV broadcasts, and operators such as 3 in the UK offer streaming of selected channels too.

KPN will offer the usual mix if channels initially, including MTV, Discovery and Nick Toons, as well as Dutch programming.

The service will come at an extra cost of €10 per month, although the phones are not included in the subscription.