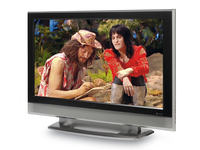 In an extension to a story we brought to your attention earlier this week - where the MPAA is looking into allowing brand-new movies to stream straight to TV bypassing cinema and DVD - it seems that cinema owners aren't too into the idea.

For quite obvious reasons NATO (not that NATO but the National Association of Theater Owners) is against the idea. In fact the group thinks it will have a "devastating effect" on box-office receipts.

In a letter to the Federal Communications Commission, NATO Vice President G Kendrick Macdowell wrote: "While NATO and its member companies generally support their studio partners on measures designed to protect intellectual property, it is not yet clear to us whether the underlying business model driving this IP-protection effort is in the public interest."

Not in NATO's interest

The row began when the MPAA asked the FCC for a waiver to allow SOC (Selectable Output Control), so that Hollywood studios could stream brand-new movies without the risk of them being copied.

SOC would shut off the recording capabilities of, say, set-top boxes so the movies could be watched but not recorded.

Macdowell's letter went on to say: "The American cinema industry certainly does not appear to have been in the Commission's contemplation when crafting either the underlying rule or the standards and procedures for obtaining a waiver."

So, do you think movies bypassing the big screen is a good thing, or would you rather watch your blockbusters at the cinema rather than in the comfort of your own home?