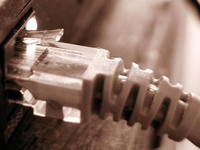 Following today's piracy crackdown by the British Phonographic Industry (BPI) the Musician's Union has come out in favour of the BPI's latest initiative.

"Broadly speaking, we welcome the announcements made today as a step in the right direction," said John Smith, General Secretary of the Musicians' Union.

"Illegal downloading is a massive issue - and is becoming more and more common. Recent research by British Music Rights (BMR) and the University of Hertfordshire showed that 63% of young people download illegally.

Fight for your rights

"Illegal downloading is detrimental to performers and seriously limits their ability to earn just rewards for their creativity," Smith added.

The key problem, as Smith outlines is that it is "very difficult for musicians to fight against illegal downloading, because most of them do not own the rights of a song or its recording.

"This means that they have to contact their publisher and record label, who retain these rights, with details of how they think a track's copyright is being infringed.

"Industry groups can then contact internet service providers in the hope that they will take down infringing sites. But the nature of the web means that is rarely a permanent solution."

In reality, it's never going to be a permanent solution. However, the Musician's Union has to be seen to be defending it's members, so it really has no option but to be seen publicly to be siding with the BPI on this latest move to combat piracy.

"It is vital that we find a way of dealing with the major problem of illegal downloading, and for this reason we welcome any steps that the Government may take in this direction," Smith says.

"The Government has previously said that it hopes that the music industry and internet service providers can come to their own agreement, but Ministers need to be prepared to resort to legislation if this is unsuccessful and for this reason we welcome the announcements made today."