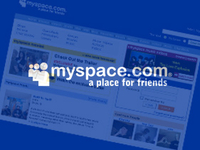 The war on spam continues with a court in Americaordering the CEO of Media Breakaway Scott Richter to pay the Rupert Murdoch-owned MySpace the sum of $6 million.

Oh, and the company's employeesare now banned from using the social networking site ever again.

Spammer in the works

Richter's company has been under scrutiny by MySpace, andhas frequently been accused of launching phishing attacks on thesite and sending spam messages to a number of MySpace users.

This is not the first time Richter has had to pay out. Hiscompany has already had to fork out $7 million to Microsoft for similaroffences.

Both these fines combined are pocket change compared to thesum of money prolific 'Spam King' Sanford Wallace had to pay MySpace last year.He was ordered to pay out a whopping $234 million.

Speaking about the Richter case, a MySpace spokesman said: "MySpacehas zero tolerance for illegal activity on our site and is committed tobringing to justice those who try to harm our members."