New 3 Skypephone on the way 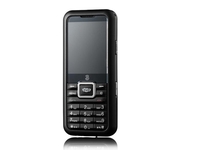 Leaked pictures of what purports to be a new 3 Skypephone suggests that 3 is planning to launch an upgraded version of its VoIP-enabled Skypephone in the near future.

The pics, which can be seen over on Just Another Mobile Phone Blog, look pretty genuine to us.

The form factor looks pretty similar to the original Skypephone and the blog suggests that the new model will feature an improved 3.2 megapixel camera and Wi-Fi.

"3 will soon introduce a new model of the Skypephone," reads the JAMPB report.

"It has just been approved by the US Federal Communications Commission (FCC). The first Skypephone was released last year and was rather simple and inexpensive and came preinstalled with Skype.

"The new model is marked as WMA8709 and made by Amoi. It will be named IM2. It features a 3.2 mega pixel camera and WIFI. The device is targeted for 2G networks (UMTS / HSDPA are not supported)."

That last bit is a little confusing however, as Skype requires a 3G network. Otherwise, the report seems to tally with our expectations for the next Skypephone.

TechRadar has contacted 3 in the UK for further confirmation, info and comment. We particularly hope the battery life in the next-gen Skypephone has been massively improved, as this was our only real gripe with the initial model, which was otherwise superb.