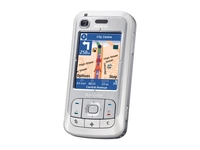 Nokia has posted profits of &euro;1.1 billion for Q2 this year, down from &euro;2.8 billion at the same time last year.

The drop is partly accounted for by the formation of Nokia Siemens Networks last year, which helped boost the bottom line. The effect of this restructure is still being felt in this year's profits, as well as the charge for closing a manufacturing plant in Germany.

Still, the Finnish handset maker was predicted to make around &euro;200 million more this quarter by analysts, despite shipment figures being up 21 per cent.

In fact, the forced falling costs of handsets worldwide was shown by the fact the company only increased four per cent in terms of sales, in spite of the rise in shipments.

"In the second quarter we saw good momentum in the early stages of our services and software business, and we believe that the next wave of growth will be driven by devices linked with services," said Olli-Pekka Kallasvuo, Nokia CEO.

"On the infrastructure side, Nokia Siemens Networks delivered a second quarter with good net sales growth and improved profitability."

Nokia recently tied up the acquisition of Plazes, a context-aware social networking company, which will help improve its Nokia Maps function, which is further boosted by the presence of Navteq, which the Finns acquired in 2007.