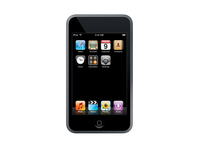 The daddy of people power, this open source operating system owes pretty much everything to the massive community of users and developers who've built it, broken it, put it back together again and added all sorts of goodies.

Even people who think that Linux is a character in the Peanuts cartoon know about Firefox. What makes it special isn't the open source community that created and maintain it, however; It's the efforts of the developer community whose extensions make Firefox the Swiss Army Knife of the internet.

Whether you want to block annoying ads, keep track of interesting sites or just stay up to date with footie results from around the world, if you can imagine it, there's almost certainly an extension that does it.

This month we've mostly been playing Minerva, Adam Foster's excellent mod for Half-Life 2 (http://developer.valvesoftware.com/wiki/MINERVA). Modders have been creating new stories since the days of Doom, and a quick look around Moddb (www.moddb.com) uncovers stacks of mods for your favourite PC games.

Smart developers - such as Half-Life's Valve - know that mods make their games even more attractive, so the firms make modding as easy and accessible as possible.

Is your original Xbox gathering dust in the loft? Why not dust it down and turn it into a fully-fledged media centre?

While Microsoft blabs about the 360's multimedia features, the talented team at the Xbox Media Center project (www.xboxmediacenter.com) can turn an ageing original Xbox into a multimedia marvel (although if you don't fancy modding your console, steer clear - XBMC only works on hacked machines).

Job done, they're turning their attention to other platforms: a Linux version of the software is in development.

The community that's sprung up around the TiVo digital video recorder (www.tivocommunity.com) is a thing of wonder, with users offering each other advice, commenting on the company and fiddling with its products - often in ways that would give film and TV studios heart attacks.

While TiVo claims not to encourage or discourage the hacking community, it's pretty obvious that the hacking community makes the product even more attractive to tech-heads - and hackers' ideas often turn up in the official product, such as when the community found and fixed a date problem in older TiVo boxes.

iPhone hackers aren't just trying to free the phone for use on any network. They've found ways to turn your existing tunes into ringtones without paying for them all over again, created all kinds of add-on applications and best of all, found a way to change the truly horrible font on the Notes screen.

Sony doesn't like it - recent firmware updates mean that unless you've got an older PSP, your options are limited - but thanks to Homebrew (www.psp-homebrew.eu) you can add all kinds of goodies to the device. There are loads, including customisers, emulators, chat programs and GPS software.

Changing chips' clock speeds and hoping they wouldn't set your house on fire used to be a shadowy pursuit that tech firms frowned upon. Then hardware firms realised that overclockers had money as well as PCs to burn.

Now, motherboard makers often provide everything a speed demon needs, either in the motherboard BIOS or on the driver CD, and graphics card firms are keen too. For example, ATI actively encourages overclockers to ramp up their Radeons.

Microsoft's media system is pretty nifty, but it's niftier still when you tweak it until it squeaks. Microsoft knows this, which is why it happily links to two independent community sites: the Media Center-specific Green Button (thegreenbutton.com), and the general audio-visual AVS Forum (www.avsforum.com/avs-vb).

The software giant also has its own community site (www.microsoft.com/windowsxp/expertzone/communities/mediacenter.mspx), where media center experts share their top tips.

Firms who make it easy to interact with their online apps have created a massive community of developers. Google Maps has been adapted to provide maps of speed cameras (http://spod.cx/speedcameras.shtml) and to create flight simulators (http://www.isoma.net/games/goggles.html), while keen developers have created software for apps such as Google Mail and Flickr.