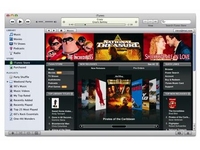 Podcasts, one of the few things you can listen to for free on your MP3 player, have had a "positive effect" on radio listening in the UK, according to Rajar, the Radio Joint Audience Research body.

The use of internet radio increased between April and May by 2.5 million listeners. The latest audience figures - which were released today - have risen from 12 million to 14.5 million.

The survey continued to say that 15 per cent of those who listen to podcasts now listen to the radio more, while 39 per cent turn to programmes they never would have before.

Podcasts themselves have proved popular, too, with 6 million now claiming to downloading and listening to the audio service, up from 4.3 million the last time the survey was completed.

The number of people listening to podcasts every week has also increased to 3.7 million, up 1.5 million since November.

Speaking about the Rajar's results, Christel Lacaze regional manager for Rajar, said: "This survey gives a unique insight into the behaviour of the online/offline audio community and the impact of new audio formats on tradition listening. It also provides perspective on the relative impact of each of these activities."