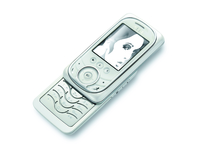 Much chatter across the web this week centred on a viralvideo that showed people appearing to pop popcorn via excessive radioationemerging from their cellphones.

It now turns out that the videos were viral advertisingcampaign commissioned by a Bluetooth headset retailer called Cardo Systems.

In a video posted to YouTube called "Cellphone Popcorn MysteryResolved," an ad for the company's headsets follows the grainy footageof friends popping corn with their phones.

"The videos are spreading like wildfire, and becomingsomething of an urban legend," said Kathryn Rhodes, the national marketingmanager at Cardo Systems told Wired this week..