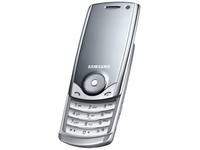 Over 1 million non-registered pre-paid mobile phone SIM cards will have to be deactivated in Bangladesh today, after a ruling by the country’s Telecommunications Regulatory Commission.

In August 2007, according to Reuters, a rule was passed that all mobile phone customers had to register their pre-paid SIM cards by 28 February 2008. This was extended to 31 May, to give operators more time to sort out the logistics.

There are currently 40 million SIM cards in use in Bangladesh, with 26 per cent of all Bangladeshis owning a mobile phone.

The new ruling comes after years of phones being bought and sold in the country without any real monitoring of SIM card usage.

The reason the government now want all SIM cards registered has been put down to ‘security concerns’.

Speaking about the new ruling, Manzurul Alam, chairman of the BTRC, said: "There won’t be any new extension of the deadline, and the unidentified SIMs must be deactivated."