PS3, 360 and plasmas are power guzzlers 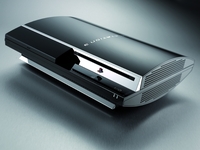 If you want to save money on electricity bills, then you might want to make sure you unplug your power-hungry PS3, Xbox 360 or plasma television, according to a new Australian survey.

Or at least turn them off at source, instead of relying too much on stand-by power via the remote control, as the new study by Choice claims that the Playstation 3 tops the power-guzzler chart, with Microsoft's Xbox 360 and plasma TVs following close behind.

"Leaving a Playstation 3 on while not in use would cost almost... five times more than it would take to run a refrigerator for the same yearly period," claims the study.

"The plasma TV set was also a power hungry device, consuming over four times more power than a traditional analogue set. The average desktop computer was third on the list."

The common-sensical conclusion reached by the report was that consumers should get in the habit of not relying on stand-by and instead getting up off the couch and switching off TVs and games consoles at source which "saves on money, not to mention carbon emissions," says Choice’s report.