PS3 Home: Dressed up for the letdown 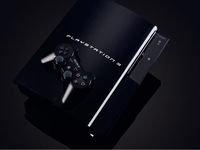 Following the recent publishing of a Japanese teaser site, apparently for an offshoot of Playstation Home known as "Dress", Sony has now supplied the somewhat bemused press with an equally vague official statement.

"Dress will take advantage of a unique avatar system that operates separately from the regular Home interface. Sony will be working with real-world fashion brands to provide your virtual avatar access to the latest fashions in Dress Town, which is supposed to recreate the feel of buying clothes in a real-world store."

The announcement doesn't really tell us a whole lot more than was revealed back in September 2007, when in Kaz Hirai's Tokyo Game Show keynote address he explained that Dress will try to somehow bridge the gap between real life and digital fashions.

He also outlined plans for an "exclusive" avatar system - presumably separate from the standard Home avatars.

This included talk of detailed customisations to hair style, body and facial features, as well as clothes being precisely recreated on-screen, taking in accurate patterns and cloth textures.

Apparently, it'll be so good, said Hirai, that Dress should be able to help you decide on real life dress styles by seeing a virtual version of yourself trying on virtual clothes.