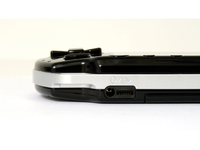 While the PSP struggles to keep up with Nintendo's DS and Wii in the West, it continues to outsell all other games console's in its home country of Japan.

PSP sales have been boosted of late following the release of the massively popular Monster Hunter Portable 2nd G.

Stay tuned for all the latest PSP news in the run up to E3 next week. We'll also be bringing you all the news from the show as it breaks from our team on the ground in La La Land.