Quarter of the world now online 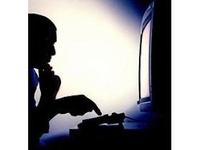 According to the latest web-based statistics, a quarter of the entire population of the world is regularly online.

Over 1.4 billion now log on to the internet regularly and this is a figure that is set to grow to 1.9 billion in the next four years. Or, for those who work in percentages, nearly 30 per cent of the globe.

This astonishing figure was uncovered by IDC's Digital Marketplace Model and Forecast.

Speaking about the results, chief research officer at IDC John Gantz said: "The internet will have added its second billion users over a span of about eight years, a testament to its universal appeal and its availability.

"These trends will accelerate as the number of mobile users continues to soar and the internet becomes truly ubiquitous."

The report goes on to conclude that by 2012 mobile devices will overtake PCs as the primary means for accessing the internet.