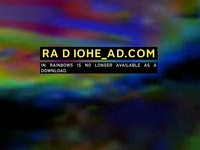 Those who haven't seen Radiohead's fantastic video for the single 'House Of Cards' do so now, as it's a remarkable feat in computer rendering.

And Radiohead being Radiohead have decided that while the video is great, it doesn't necessarily have to be the final cut.

The promo was created entirely without the use of cameras. Instead the makers of the video employed, according to the Guardian, visualisations from a scanning system called Geometric Informatics and location shots created using a Velodyne HDL-64E that utilises pulsers from a laser diode.

All this data is now available for the public to use and create their own versions of the video.

This has come about because of a link-up with the Google Code site, where the information can be downloaded along with a visualiser. Although the music isn't their, you can essentially re-edit the video in a video-editing application of your choosing.

Once you have done this, you can upload it to YouTube, where a group has already been created to show off your work.

James Frost, the director of the video, had this very Radiohead thing to say about the project: "In a weird way [the project] is a direct reflection of where we are in society. Everything is [computer] data. Everything around us is data-driven in some shape or form. We are so reliant on it that it seems like our lives are digital."