Over the last few years, residents of busy metropolises like London and Hong Kong have grown used to the convenience – not to mention lower prices in London’s case – of transport networks that accept electronic payments.
Handy pieces of plastic, like the Oyster Card, with chips onboard are clearly a part of life for many people. But the same RFID technology has a far greater reach in Japan, where it has taken the next step and migrated to mobile phones as well.
Extra visibility
The change began in summer 2004, when NTT DoCoMo launched the first phone with a Sony FeliCa IC chip and branded the service Osaifu Keitai, or ‘Wallet Mobile’ in Japanese.
Early applications were focused mainly on replicating the SuiCa transport card based on the same chip in a phone. The main advantages of doing so, of course, are the fact that a phone can go online to suck more cash from a credit card or bank account and that it has a screen for viewing the pre-paid balance.
Those first applications were soon joined by numerous others, ranging from a confusing host of different brands of e-cash for shopping in specific stores to discount coupons, cinema reservation systems and even an RFID credit card that is directly linked to the monthly phone bill. 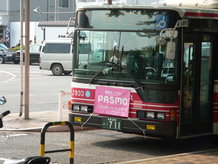 At the last count, there were over 40 such services available through phones with RFID. Although that may sound like a bewildering array, a quick stroll in any Japanese street will reveal that the SuiCa brand itself – also accepted as e-cash now – is by far the most common; a result of blanket marketing when the original card was introduced in 2001.
RFID: The ins and outs
That’s a brief overview of what RFID phones can do, but how exactly do users get to grips with what seems like a pretty complex technology?
All Osaifu Keitai applications require the user to first connect to a mobile internet site and then download a Java application, known as an ‘i-appli’, which provides the interface and a secure data channel to the servers of the company he or she wants to do business with.
For example, recharging the pre-paid balance on the in-phone SuiCa card requires just a few clicks to enter a password and choose the amount; marginally easier than taking a card and a bundle of cash to a vending machine.
However, a more demanding task like booking a long-distance train journey adds layers that include perusing a timetable, choosing seats and even paying a supplement for the famous Shinkansen bullet train. It’s easy to see how just popping into a station to get the ticket might be easier.
Consequently, the myriad RFID functions of most new Japanese phones are still overlooked by the vast majority of subscribers to the three major networks. We asked market leader NTT DoCoMo for its take on the situation.
Spokesman Shuichi Ichikoshi told us: "[Only] one in four customers who own an Osaifu Keitai use the function continuously. It’s not surprising that the ratio is so low… but we’re not satisfied with the current situation and are going to implement various measures to increase usage, and increase the number of retailers that can use Osaifu Keitai [as e-cash]."
In other words, the commercial drive that has at least got a few million people using the function has really only just begun – there are 102 million phone users in Japan*to aim for.
Real cash is still king
Daniel Bukenya from the Mobile Consumer Lab in Niigata, Japan, explained one reason why around 80 per cent ignore the IC chip in their phones.
"One other impediment is that Japan is still a heavily cash driven economy," Bukenya explains. "The fact that customers will need cash for certain transactions and not need it for other transactions has prevented them from fully embracing the mobile contactless payments." 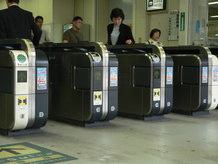 Conversely, his more optimistic colleague, Mobile Consumer Lab director Philip Sugai, sees the glass as half full: "If this number is accurate, I feel that it is extremely high. That this many consumers are actually trying Osaifu Keitai applications is a very good sign for the future of this technology and the applications that support it."
Speaking of the future, the other areas ripe for RFID phones to grow into, such as home security and anywhere that requires identity verification, present problems we haven’t even begun to grapple with.
"Having features such as entry keys for your home," adds Philip Sugai, "quick payment options for small purchases, credit card and banking information all available through the mobile phone, there may be significant concerns by consumers to have all of this information and capability centralised in one place.
"All we need to read about is one major crime or theft of banking or credit card information, or a rash of house break-ins due to flaws in the RFID technology, and consumer sentiment may quickly change."
What’s in it for us?
That’s a scenario – in a more low-tech way – that anyone living in Britain throughout the last few years will be familiar with, suggesting prudence may hold back any such advanced RFID deployments in the near future, but what is likely to be next for the West?
In a nutshell, it all comes back to the simpler functions of RFID cards, phones and whatever other devices end up housing the chips. Europeans are likely to be using phones and cards as e-cash long before the high-end features arrive. Once a big chain gets involved (like McDonald's is in Japan), wireless e-cash will gain some momentum. 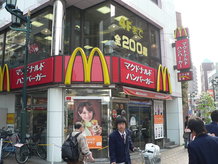 We’ve already seen Barclaycard’s OnePulse trial in London and Nokia’s e-cash-toting 6212 phone and feel sure that they represent the thin end of an electronic payments wedge that will transform shopping for small-ticket items.
For that to happen, however, retailers need to start installing the terminals needed to process RFID purchases. DoCoMo’s Ichikoshi explains why that’s inevitable:
"Stores, such as convenience store chains, in Japan benefit from being able to process their customers much faster due to the cashless procedure, which may promote more customers to visit. They also benefit in terms of marketing and can get useful customer information."
Naturally, the phone companies benefit too, with commission on each RFID credit-card transaction (in DoCoMo’s case) being just for starters.
Other plus points for the networks of building advanced RFID functions into their phones include a ‘keeping up with the Joneses’ effect and stronger subscriber loyalty. After all, no one wants to transfer half a dozen e-cash services as well as a phone number to a new network.
Changes are afoot (albeit slowly)
Philip Sugai points out that the implications for a successful RFID platform are vast: "I think this is why DoCoMo and other operators have invested in banks and credit card companies so that they can participate in the transaction fees paid by retailers for using these networks.
"As ARPU (average revenue per user) is trending downward, this is clearly an important new revenue stream for operators in Japan today and for the future," he concludes.
So, will our phone companies transform into many-tentacled financial institutions? Almost certainly, but not in the near future for anyone living in the West, we’d suggest.
Far more likely is a growing acceptance that the phone in your pocket really will become that mobile wallet it already is for a quarter of Japan’s hipsters. When that day dawns you’ll really regret leaving home without it – trust us, it’s not a pleasant feeling.