Sagem plays it cool with So iCE 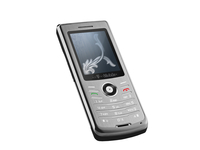 Sagem has decided the world needs more low-end phones, and has released the new my721x So iCE to remedy the problem.

The brushed aluminium phone packs a pretty good snapper for the price, with 3.2MP available for you to take snaps to show your friends, family and anyone who you think might be interested in your dog wearing sunglasses.

The talktime is also not too bad for a low-end device, with three hours of chat, and a respectable 200 hours standby time if you totally didn't touch it for the entire time.

You even get a 512MB memory card included in the pack for holding up to 250 songs&hellip;or about seven minutes of video.

But with a 265k 2in screen, it's unlikely you'd buy this to replace your media player really, isn't it?

Available for just £80 from Argos and T-Mobile stores (and surprisingly, on the T-Mobile network).