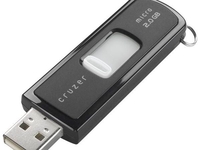 SanDisk revealed it will be working with Toshiba to develop 3D memory chips that could drop prices and dramatically increase memory size.

The elephant-memoried among you may remember Matrix coming up with a similar pledge a few years ago - the company SanDisk bought in 2005.

The memory chip maker, which has made its name in NAND flash drives, believes the 3D technology is finally mature enough to begin product development, so has enlisted the help of Toshiba to bring the product to market.

The problem with the original 3D memory cards, which can stack memory arrays vertically as well as horizontally to potentially revolutionise tiny storage, is they can only be read and not written to.

SanDisk wants to solve this problem by allowing both capabilities, but the nascent nature of the technology has prompted some analysts to state the chips won't be around for three to four years.

Toshiba would pay SanDisk a fee for being part of the venture, which shows the company's previous efforts with 3D memory (BiCS) are doomed to the rubbish bin