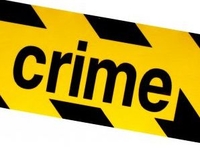 A high school student in California is facing 38 years in jail after hacking into his school's computer system and changing his F grades to a much-more impressive A.

Omar Khan, an 18-year-old student, is being accused of 69 felonies after the incident. The misdemeanours include: breaking and entering, burglary (six counts), computer access (seven counts) and fraud.

The reason Khan has broken so many laws is because he didn't remotely access his school's computer system, but did it the old-fashioned way by breaking into his place of education and hacking into the computer database that way.

It wasn't just his grades that he changed either. Khan also obtained a copy of Advanced Placement tests and is accused of giving copies out to other students.

According to police reports, he wasn't working alone either. Another student, Tanvir Singh has also been charged for aiding in the break-in and could face up to three years in prison.

The scam surfaced when Khan applied for a place at the University of California, Berkeley and saw that his F grades were now at an A standard.