Self-destructing DVDs to be sold in Staples 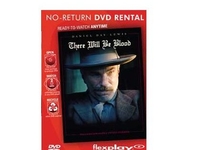 Flexplay, the developer and supplier of limited-life optical media technology, has found a buyer for its perishable DVDs and it is the US chain of Staples.

The technology, which was first tried out in 2003 under the guise of ez-D discs,*flopped due to ecological issues – i.e. you had to throw the disc away after use.

In a great ‘this disc will destruct in 10 seconds’ move, Flexplay was last seen in Japan with the release of Mission: Impossible 3. Sales in the West have not exactly been forthcoming though; until now.

Staples, the American retailer, has started selling the disposable discs in its stores. Among the first titles to be available on Flexplay is monster-smash Cloverfield.

The new-style Flexplay discs don’t require a proprietary player, so can be played in all machines and last for just 48 hours after taken out of the packaging.

After the 48 hours is up, a chemical reaction leaves the discs unreadable. These new discs are touted as recyclable but, honestly, why would you want to buy something that breaks after two days when there’s a LoveFilm account just a few clicks away?

There’s no news yet of a UK launch – which is probably a good thing – but the discs have a US retail value of $4 to $6.