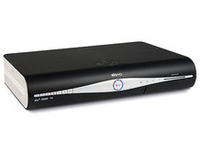 Sky has announced that it will be adding Eurosport HD to its channel line-up, boosting its high definition service to a UK record of 19 channels.

It's an impressive number from the broadcaster, which has championed the rise of HD and is now being pushed by the likes of Freesat and Virgin Media's cable.

Eurosport, which will be available to people who have Sky's HD box, has been given channel number 412 on the EPG and will join Sky Sports HD in showing sports in glorious high definition.

The service launches today and will allow people to watch the Beijing Olympics in HD (although HD broadcasts of the Games are also available on the BBC) and the last 10 days of the Tour de France which is currently being raced over the channel.