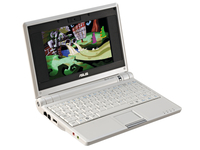 Sony is set to jump aboard the sub-notebook bandwagon, releasing a low-cost, small form factor laptop using a processor from VIA Technologies.

The news comes from reports of a machine seen on the Quanta Computers stand at the WiMax Expo in Tapei.

Sony is still to officially confirm the news, with Quanta claiming that the machine will be made available later this autumn.

The OpenBook prototype spotted on Quanta’s booth was based on Via's 1.6 GHz C7-M processor and VX800 chipset, with an 8.9-inch screen with a resolution of 1,024 pixels by 600 pixels.

More details and the official word from Sony as we get it.