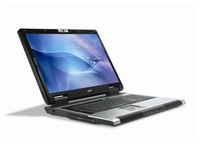 Did you know that the very weak electromagnetic radiation given off by a computer screen can be captured up to 100m away and reassembled into an exact copy of what's on the screen?

Neither did we but, apparently, Japan's NTT has long known about the security risk and has even developed a handy little device to protect sensitive computers against such data theft.

The as-yet-unnamed black box will go on sale this autumn to government bodies and banks, where data security is obviously at a premium. In those institutions it will offer a cheaper alternative to existing methods.

Those include either shielding entire data centres or using special PCs that don't emit any electromagnetic (EM) radiation, however both options are extremely expensive.

Instead, NTT's device effectively blurs out a screen's EM signature by connecting to a PC by USB and superimposing its own radiation on that given off by the computer. The result is a completely unreadable EM wave.

NTT plans to sell its box for the equivalent of a few hundred pounds later this year.