Two thirds of the UK is now digital 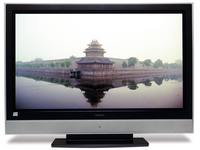 60 million television sets in the UK are now digital, according to the latest figures from Ofcom published today.

While the report takes into account those linked via cable, satellite or digital terrestrial, the figure does show that Britain is finally getting to grips with the whole 'we're turning the analogue signal off in 2012' thing.

The report goes on to say that over 7 million digitally-linked TVs were purchased this year, one of the highest yearly growths seen so far.

Sky is still by far the owner of the biggest number of digital subscribers, with 8.3 million households owning a Sky dish. This is a 332,000 rise over the year.

Virgin Media is currently clocking in 3.5 million subscribers, while those using Freeview stands at over 30 million.

Freesat, the newest recruit to the digital crowd has notched up a total of 720,000 users so far.