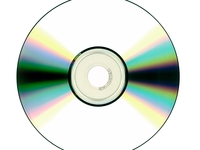 In what has been seen as a landmark legal victory for the man on the street, Universal Music has lost a court battle to stop people selling on its promotional CDs.

It all began when music fan Troy Augusto bought some ‘free’ CDs from his local second-hand music store and then re-sold them on eBay.

Once Universal got wind of Augusto’s little venture the company decided to sue him, but the courts, in their best Amy Winehouse impression (who happens to be a Universal artist), said: ‘No, no, no’.

The US district court ruled once a copyright owner ‘gives away’ a CD, book, DVD and the like then the consumer has the right to sell it on.

Speaking about the verdict, the Electronics Frontier Foundation said it was "a very important ruling for consumers."

In retort, a Universal spokesman commented that: "We believe that the court’s analysis is incorrect in a number of critical respects." But then Universal would say that, since the ruling went against them.

And the best thing about the ruling is that even if the stuff has a ‘not for resale’ sticker on it, then this doesn’t mean anything. Which is a waste of paper and glue in our opinion.