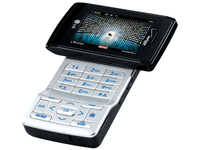 In recent months, we've heard an immense amount of chatter about Microsoft's decision to keep Windows XP alive longer than planned, but could never have predicted that it would end up costing punters more than Windows Vista.

That ludicrous situation is exactly what's happened at Dell US, thanks to a plan to offer buyers of new PCs the option to downgrade from Vista to XP - for a charge.

Depending on the machine, an extra $20 to $50 (£10 to £25) is needed to cover the cost of physically switching the operating systems. It's almost like Microsoft welcomes further blackening Vista's name by allowing this to happen.

At least there's some sensible news to report today in the shape of some smart ecological planning on the part of several US telecomms companies that are looking for more efficient equipment.

AT&T, among others, is so concerned at the environmental impact of increasing energy consumption as internet traffic across its network rises, it is actively seeking gear that can better handle the demand, while cutting electricity bills.

The companies tech chief told Reuters, "We're not going to go out and just buy features and capabilities without looking at the total cost of ownership and the environmental impacts."

Meanwhile, an Indian firm reckons it will be able to offer mobile phones that can display 3D holograms as soon as 2010.

Infosys has already received a patent that allows such images to fit into relatively low-bandwidth mobile networks and suggests that phones might be able to supply anything from 3D movies to detail-rich video from accident scenes.

Finally for this morning, we have the amazing scenario of a politician lying about policy plans on national radio. Canadian Industry Minister Jim Prentice apparently understood little about his impending copyright bill and spent most of the 10-minute CBC interview peddling untruths.

Fortunately for us - particularly our Canadian readers - the interview is available online, underlining precisely how lawmakers the world over are struggling to cope with modern digital issues.

That's it for now, but stay tuned to TechRadar for the rest of the day's news as it breaks or grab a feed here - get it while it's hot.