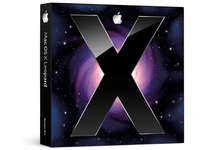 Monday morning and what better place to start than with news of Psystar - the plucky little Apple-baiter that could?

Starting at $1,599 (£800), the rack-mounted servers are considerably cheaper than the nearest Apple equivalents, plus they come with more RAM and lots more storage space. Still, we await the lawsuit with interest.

Build your own smartphone

Speaking of taking a punt against the big guys, open-source phone builder Openmoko appears to be finally ready with its newest handset, the FreeRunner.

The touch-screen smartphone is likely to be delivered to customers in early July, meaning we'll be hearing plenty soon after about what hundreds of hours of tinkering can get this thing to do.

If you've recently upgraded to Firefox 3.0 (well worth the download, BTW), you may want to also have a spin on a portable version of the browser from PortableApps.com.

Firefox Portable Edition is an 8MB download that installs itself onto a USB stick, complete with bookmarks, extensions and passwords.

The idea is that you can use it on a borrowed or public computer, access all the stuff you need easily and then remove it without trace. Oh, and it's completely free.

Arm and a leg

Finally for this morning, you may have heard of a recent Denon Ethernet cable that's being sold in the US for a ridiculous $500 (£250) - well, so has Amazon's cadre of cynical product reviewers.

Among the purported 'reviews' posted on the product page, we find gems such as, "The first time I downloaded a picture to the printer over this cable, the bits moved so fast the printer collapsed into a naked singularity, right there in my office."

And, our favourite: "I accidentally dropped one end of my Denon cable into a glass of Tuscan whole milk I was drinking. Later when I finished my milk (yeah, I still drank it; should I not have done that?), my right arm (lost in an accident in 1987) spontaneously grew back. Is that normal?"

Maybe not, nor is it normal to believe that any one cable could be worth as much as most laptops. Credit to the Amazon crew.

That's it for now, but stay tuned to TechRadar for the rest of the day's news as it breaks or grab a feed here - get it while it's hot.