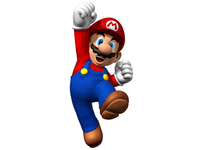 Dunno if you've noticed, but Apple has some sort of new product going on sale across much of the world this Friday - an amazing phone that can cure disease, end war and feed billions, apparently.

Unless you're in Canada, that is. Reports from there say that Apple is so unhappy with Rogers, its Canadian network partner, that it won't be doing any iPhone marketing itself.

Instead, the telco will have to do all the hard work to get customers interested in the unusually expensive minimum monthly charges that are at the root of Appple's dissatisfaction with Rogers.

The situation is so bad Apple won't even bother trying to sell the handsets in Canada. This move comes after upwards of 50,000 Canadians signed an online petition complaining about the high monthly plans and capped data.

Still, those Apple fanboys (and girls) shouldn't be too disappointed once they hear that dictionary of record, Merriam Webster, has accepted them into its heart.

The newest edition of the MW Collegiate includes, among many other new words, fanboy, webinar and malware, which should combine to offset that Apple malaise.

The flipside of the power of the internet can be seen in a very low-quality leaflet produced to promote new Nintendo DS games in the US from Nippon Ichi.

Scans doing the rounds show what appears to be a widescreen DS and that's been whipping the crowds up into a frenzy ahead of next week's E3 show in LA.

The fact that it looks more like a bad Photoshop job than a new handheld is neither here nor there, of course.

We won't spoil the joy of the clip for you, but the fact that it's just been featured in the IHT spells millions more page views for his ambitious project.

Just one tip - don't bother tuning into YouTube for this one; instead, seek it out on one of the higher-quality video sites, such as Vimeo. You can thank us later.