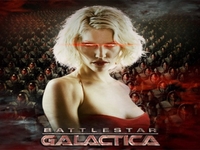 The Primetime Emmy Awards, the US awards ceremony for television, has recognised the importance of TV-on-the-internet in its latest nomination list.

Webisodes for shows including Battlestar Galactica, 30 Rock and Lost have been added to the nomination list for the following, clumsily titled award: Special Class Program: Short-Format Live-Action Entertainment Programs.

It's not quite the breakthrough that web videos should get, as it's an award that puts webisodes into the same category as other awards shows and live opera broadcasts, but it is a significant boost for the recognition of online content.

Included in the nominations, according to newtevee.com, are: