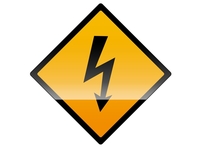 Electric bandages and grotesque mannequins - this week's Weird Tech round-up is a homage to modern medicine, kicking off with the latest in unusual bandage tech.

Contrary to what science and prior experience might suggest, it seems that mixing water and electricity isn't always such a bad idea.

A company in Arizona has created a new electricity-activated bandage which, when wet, generates a small charge to prevent microbes, fungus and yeast from setting up camp in the treatment area.

Apparently, and somewhat ironically, the 'CMB Antimicrobial Wound Dressing with PROSIT' has also been proven to reduce pain. Who'd have thought.

Forget ink and needles. If you're in the market for a new tattoo, there's now another option available in the flesh-burning form of a laser-etch machine.

Don't get us wrong, using a laser to burn an image into your skin still hurts - a lot - and we hear the smell isn't too good either ("nauseating", in fact).

But if body branding is your thing, it's a pretty original way to go. Need persuading? Check out a video of a skin-etch in action.

The best bit? In the unlikely event that anything were to go wrong, you could find yourself in hospital in the safe hands of a young doctor trained via a medical mannequin.

Now, while the more sceptical out there might question how much can be learned from practising techniques on a plastic human-shaped dummy, take it from us: more than previously - if pictures of earlier generations of mannequins are anything to go by.

We'll let the image talk for itself, save to say this is an actual mannequin used for teaching medical students. Our suspicions concerning doctors have been confirmed.

In other news, the case has been dropped against parents who tried to auction their baby on eBay, while a man accused of leading a terrorist group in Australia has been branded "unable to spell Google" by his lawyer.

"He seems to be under the impression that you can drive to Tasmania," the lawyer added.

And say hello to the million-dollar mobile home/ boat - we're not sure exactly what the point is, but with a 6-foot swimming deck, 8-jet whirlpool, marble floors and a fully equipped home theatre system, does it matter?

For many, it was a race to the death as customised circular saws took on modified drills and wall chasers. Head over to the Derby homepage for videos of the action.