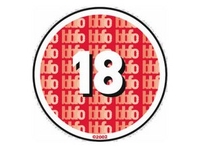 Looks like the perks of working in airport security just got better. "Graphic" security scanners that visually remove passengers’ clothes are to be installed at US airports, the Metro reported on Wednesday.

Passengers will be picked at random and enclosed in glass booths that scan for metal, plastics, ceramics, chemical materials and explosives using ‘millimetre waves’ before making a three-dimension image of each individual’s body beneath their clothes.

According to the Metro, so detailed are the images produced that security officers sitting in another room will be able to "ogle passengers’ clearly visible sexual organs". Nice. "People have no idea how graphic the images are," Barry Steinhardt, director of the technology and liberty program at the American Civil Liberties Union, told the paper. To protect passengers’ privacy, their faces will be blurred whilst in the booth. Cynics (not us) could point out that this will no doubt aid the viewing experience for any security personnel…

Nevertheless, to prevent sexually-charged security staff from printing out images of naked travellers for their own private pleasure, pictures will be erased permanently once they have been viewed. The initiative is apparently intended to replace the physical pat-downs currently widespread in airports.

In other news this week, a 49-year-old woman is set to become the closest thing to the real bionic woman after being placed on the waiting list for hip replacement surgery. According to the Daily Mail, by the end of the month the only major joint in Eileen Brown’s body that she will be able to call her own will be her right elbow.

The grandmother of three has been suffering from rheumatoid arthritis since her 20s, during which time countless operations have seen every other joint gradually replaced with artificial alternatives.

Honest guv, it wasn’t me!

This week’s ‘Stupidest Criminal’ award goes to the British thief who couldn’t resist admiring himself modeling a £200 stolen silver chain and bracelet after robbing a 16-year-old boy in Bromley, South London – even though it meant using the CCTV camera in the tram home as a mirror. Full-face images of the dim-witted mugger were captured as he checked out his reflection. British Transport Police are appealing for anyone who can identify him to come forward.****

We’re the first to admit that it’s not all about cutting-edge technology. Sometimes all you need is a good, old fashioned, tried and tested piece of kit. This was proved once again on Tuesday, when a six-hour-old kitten was sucked to safety after becoming stuck in a kitchen pipe – using a vacuum cleaner.

Attending firemen had assembled an ultra-light fibre-optic camera to locate the tiny kitten but were unable to free it before hitting on the idea of using the Hoover. They put*a sock over the end to suck kitty out of*the drain, safe and well. Who needs hi-tech equipment?