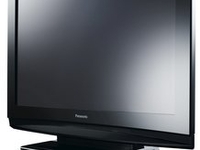 Three months ago when Freesat launched, store shelves across the land were quickly emptied.

This was especially true of stocks of HD receivers - a situation no doubt fuelled by interest in coverage of Euro 2008 football on ITV HD and BBC HD.

Yes, England failed to qualify but those lucky enough to snag a receiver still had the joy of marvelling at the sharpness of an exciting tournament presented in subscription-free 1080i-o-vision while sharing a beer with their suitably impressed mates.

Since then, it's become a bit easier to find a Freesat box online and on the high street and Panasonic has rolled out its none-too-shabby rangeof Freesat and Freeview equipped plasma TVs.

Freesat price deals are being offered largely by the main high street dealers at the moment.

So WotSat picked outthe Panasonic TH-42PZ81Bas their bargain this week. But why and where from?Take a look at the Tech Bargains blog to find out.