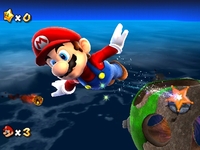 Japanese Wii users must be thinking it's their week, after word first of the new-fangled Wiimote charger and now of a new way for them to get a hit of their favourite comics through the Great White Console.

Four major manga publishers there have teamed up with a games developer to create a new company called Librica that will deliver comics to the Wii via a special browser.

That needs to be downloaded first from the WiiWare section of the Wii Shop Channel for around 500 Wii Points, although the exact price is to be confirmed.

Once signed up, users can browse comic collections, and - if the rest of Librica's plans bear fruit - transfer their favourites to a DS Lite for manga on the go.