Windows XP will be supported until 2014 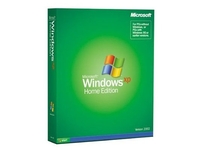 Microsoft has told its customers that it will be supporting Windows XP until 2014 - a much longer period than it normally supplies.

The failure of Vista to get the kind of purchase of its predecessor and the continued rise of sub-notebooks which need less memory intensive operating systems has given XP a life outside of the expected.

Although the OS will not be sold by OEM manufacturers after June 30 apart from as a preinstalled 'downgrade' (until January 2009) in their more powerful products, XP will not be fading away just yet, and Microsoft has listened to its customers and will provide support.

The news came in a letter sent out by the company, and it goes on to launch a defence of the beleaguered Vista - which is due to be replaced inside the next two years.

"Windows Vista is a very significant step forward, but our customers have made it clear that they want broader support for devices and applications in order to enjoy the overall experience,"wrote Bill Veghte, senior vice president of the Microsoft Windows Business Group.

"During the last year, we have worked diligently with our hardware and software partners to improve compatibility to remove the barriers that prevent users from taking advantage of the important advancements Windows Vista delivers. It has been a year of exciting and critical progress."