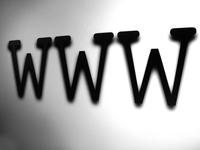 Most grandmothers don't know what a VHS is let alone a computer, so it does come as a surprise that the world's oldest blogger, who died on Saturday in Australia, was the grand ol' age of 108.

Olive Riley was the owner of the blog 'The Life Of Riley' - which has more recently become 'World's Oldest Blogger' - which had more than 70 postings about her life in Woy Woy, Southeast Australia.

The blog charts her life from her early days in Broken Hill, an isolated outback town, all the way up to her short time in a nursing home.

Her last posting on the blog was 26 June and said: "Penny, who's in the next bed to mine, had a visit one day this week from her daughter, who's a professional singer.

Guess what happened! She and I sang a happy song, as I do every day, and before long we were joined by several nurses, who sang along too. It was quite a concert!"

Since then there has been two more posts: one informing readers that Olive is ill and the last a notification of her death.

Olive's blog wasn't her only foray into media. Filmmaker Mike Rubbo also made a documentary about her life. It was during this time that Olive was prompted to make her blog.